Phong Ngo promoted to President of General Plasma
As announced in the News and Events sections, Phong Ngo, previously the company’s Vice President, is now the President and CEO of General Plasma.  As a company owner I’ll be staying on as Board Chair and in an advisory role.  This move is overdue as Phong has functionally run the company for the last 2 years.  With my ever-lengthening stays in Western Massachusetts and his fully developed management skills, its high time to make this change.

I’ve been so fortunate to have Phong at General Plasma.  The company simply wouldn’t be where it is, enjoying the success we’ve attained, without his presence.   After 36 years in Vacuum Coating, 21 of them with General Plasma, I’ve found my interest wandering to other fields.  With Phong and Brett Frostenson successfully running General Plasma, I’ve been able to step down without any disruption to the operation.  If anything, there has been an uptick in business (my ego attributes this to market conditions!).

Welcome to Brett Frostenson to General Plasma
Brett Frostenson has joined General Plasma as our VP of Engineering.  I’ve known Brett since 2000 when we built the first inline vacuum coater for Gentex (their second).  He was Gentex' coating technical manager and our primary contact person.  After a short time it became clear Brett was a top-flight engineer: Extremely knowledgeable, creative and hard working.  Over successive years, as we’ve supplied additional systems, our appreciation and respect for Brett only increased.  Phong in particular developed a strong bond with Brett as he developed the software and controls for these systems and spent many weeks at Gentex.

“Boy, if we could have Brett working with us!” we’ve said many times.  We never broached the subject with him.  Gentex has been a super customer and Fred Bauer, their CEO, is the best there is.  When Brett approached us though we didn’t hesitate, “Oh yah, we’re open to the idea!”  After 20 years at Gentex he and his wife Kathy were looking for a warmer climate.  We’re in Tucson AZ.  We can help with that!  He couldn’t have come at a better time as the consumer products company Ngomad is launched and with several new sputter and ion source products in the works. 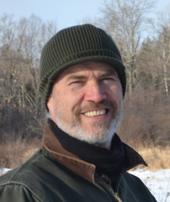 2020 was a challenging year for General Plasma due to the COVID economic environment.  In December 2020, General Plasma made the difficult decision to lay off all employees and close operations in Tucson, Arizona.  GPI's sputter magnetron and linear ion source product lines were licensed to General Plasma Innovative Technologies.  These products and components for GPI's vacuum systems are available from GPIT.  Please contact Brett Frostenson at brett.frostenson@gpitusa.com.

The values we stand for are important at General Plasma. Three we aspire to are honesty, fair play and product perfection.

Honesty means being truthful with ourselves, our co-workers and our customers. The greatest gift we can give each other is honesty. Honesty builds trust and long term relationships. As everyone knows, being honest isn’t always easy and isn’t always received well. On the other hand, dishonesty or spinning the truth, has an even greater cost. We value honesty highly at General Plasma.

Fair play is about being ethical in our business dealings and considerate of our co-workers, vendors and others. Its the Golden Rule put into action.

Product perfection is in the eye of the customer! It is such a fantastic challenge – to build something, to agonize over every aspect yet in the end have no say in its success. There is nothing like it though when a customer says “Wow!” It's what we live for at General Plasma.